The Failure to Remember Pearl Harbor Day may be the Canary in the Coal Mine ... | Eastern North Carolina Now

The Failure to Remember Pearl Harbor Day may be the Canary in the Coal Mine ...

Login to Send a Private Message to Stan Deatherage
Publisher's Note: Many years ago when I wrote this post, with a sub theme being "Lest We Forget", I discussed how important it would be to continue to observe this day - Pearl Harbor Day. After looking about on certain, various and many online publications, I realize that my presuppositions are now coming true.

When I was a child, and as I grew into a young man, Pearl Harbor Day; “December 7, 1941, a day which will live in infamy,” was never celebrated, but was always remembered. I can vividly remember sitting at the breakfast table with my older brother before Sunday school, when I was nearing my fourth birthday, my father stated, “17 years ago today, I was sitting at my mother’s boarding house table, just like us, waiting for my Sunday Supper, when we heard bits of broadcast over the radio that the Pacific Fleet at Pearl Harbor had been bombed, and devastated by the Japanese. At that point, we were at war, and I could hardly wait until I turned seventeen so I could join the military and become a Navy pilot and take revenge on those murdering Japs.”

In 1943, shortly after my father turned 17, he had a decision: continue his education as to become a civil engineer at North Carolina State, or seek his wings as a Navy pilot. He chose to seek his wings, and was provisionally accepted after taking the appropriate tests, but he still had one more hurdle: He had to get his mother to sign the underage waiver, which she wisely did not sign. In 1944, when my father became 18, he joined the military, but the Navy no longer needed smart young men, like Robert Earle, the United States Army needed him for the imminent invasion of Japan.

My father was the greatest patriot I ever really knew. He did not come home from the war with a chest full of medals, or stories (he never wanted to talk about the battles he participated in until he became much older), but he did bring to our home the fundamental understanding of the responsibilities of being an American. That understanding: First and foremost, one took an interest in our nation’s place in the scheme of this world for humankind, and you heeded the call of duty if necessary. The casual forgetting of the day the United States of America was “suddenly and deliberately attacked by naval and air forces of the empire of Japan” was never an option. 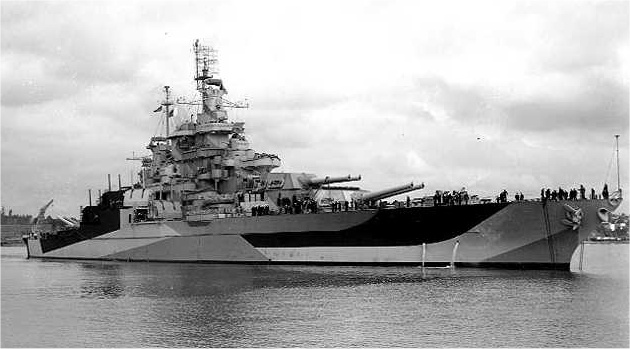 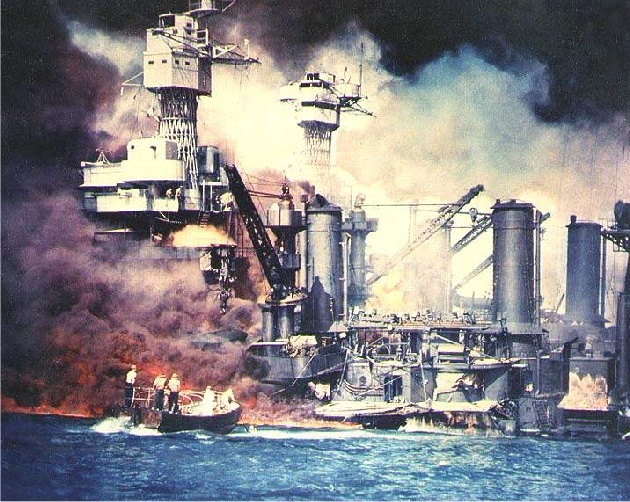 Remember Pearl Harbor was as ever on our lips on December 7: Partly to honor the over 3,000 brave men and women that died that day, but, moreover, as a warning to be ever vigilant and always prepared to defend our nation and its people. This December 7, 2009, it was 2:00 when I was writing a check to pay some forgotten bill, I realized, as I stroked the check’s date, that today is Pearl Harbor Day. I had my small TV tuned to CNBC (a business news channel), and no one mentioned Pearl Harbor. That evening, as I continued to work on my notebook computer, I tuned to FOX News for a few shows including the evening news, and I can not recall any mention of that fated day. December 8th surely came and went, and still not a mention of December 7th’s significance. 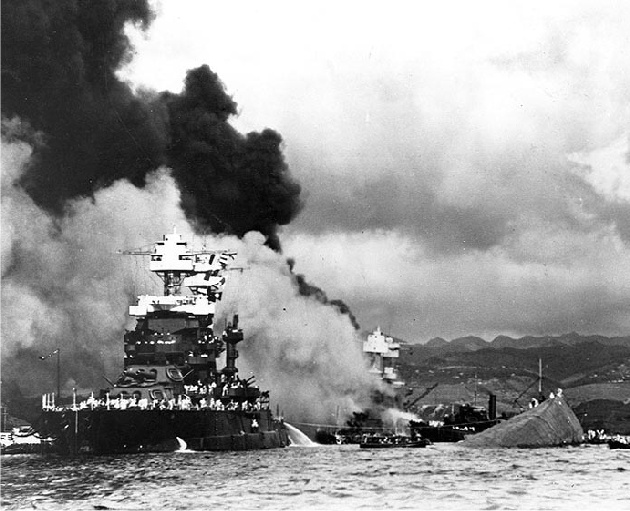 The capsized USS Oklahoma, that was moored along "Battleship Row" in Pearl Harbor lost 429 of her sailors in the December 7th attack - many when it rolled over trapping over a hundred sailors, who drowned before they could be saved. The USS Maryland was damaged, but manged to keep her anti-aircraft batteries blazing throughout the battle: Above. The USS Arizona Memorial, where the great battleship sank and took 1,177 of her brave sailors to their watery graves: Below. 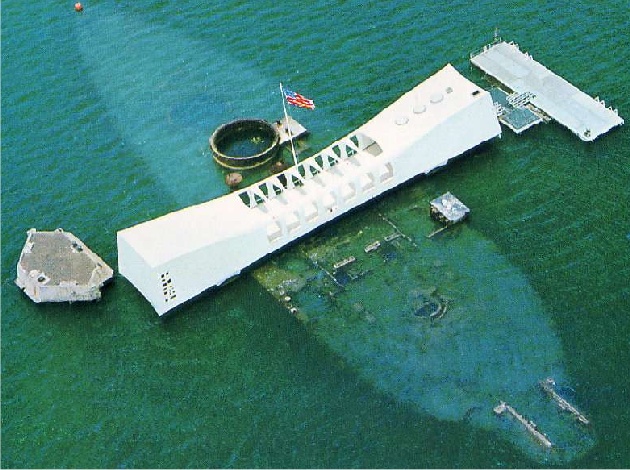 Even I, who was so inspired to write this tome by the end of the 8th day of the last month of the year, is now finally finding the time to write this opinion piece. Are we just too busy, or just too apathetic to pay homage and remember? Or are we just becoming increasingly oblivious to our past - that treacherous path that has been trodden by better men and women than we, who forget their collective sacrifice? I don’t know for sure.

What I do know is that the youth of nation, more and more in escalating measure, are becoming disaffected with our nation’s history. Our schools, primary and secondary, are teaching our youth just enough to hopefully field a job, or some mandatory test that, if better passed by its students, will enrich the public funding of their avocation. Some parents allow their children to rage on with few rules to counter their insipid roar. Scrupulous, tortuous lawyers feast upon the weak administrators of our schools, aided by a corruptible legal system, and now real discipline and sensible structure within our schools are becoming as forgotten as Pearl Harbor Day itself. Just this Tuesday, that aforementioned 8th , we county commissioners heard, in our monthly general meeting, that our county school system was awarded a federal grant so that they could more broadly teach our nation’s history to our youth.

In all seriousness, I find it very sad that we, and obviously other school systems, must receive special funding to teach our youth our past. Obviously, if “ignorance is bliss,” we are becoming a very happy ignorant people.

I hate war, and I respect the reality that war is hell, but some wars must be fought: To save our freedom, but, moreover, to preserve our existence. World War II was that variety of hellacious war, but there are others just like that Great War. Our world’s short human history of our warring species will bear this out.

True pacifists will proffer that all wars can and should be avoided, but I counter: Find those believers among what few survivors of the Holocaust that breathed the rare air of freedom as the liberating allied forces rolled through Germany and Austria, and find those believers among the surviving children of the murdered fathers and raped mothers of Nanking in 1937.

My great fear is that if we, as a nation cannot collectively remember Pearl Harbor Day, we may soon lose the resolve to wage total war, as my father’s generation did, against the savage and evil people, who would destroy not only our way of life, but murder our people as we beg for our survival. At one time the remembrance of Pearl Harbor Day was our flag to remain vigilant, and prepared to protect our destiny. Today, as our nation forgets that day of infamy, we are reminded that the canary that keeled over from the foul air of a coal mine was a warning to strike out for the fresh light of fresh air above. Today, we are warned that as a nation, there is much work ahead, and we must be prepared to train ourselves, and our youth, to be more able in the strength of body and mind, with the interminable spirit to preserve, with great resolve, what is so great in we Americans - our freedom.

My father, the great patriot, would expect it. The blood and the sacrifice of our forefathers demand it.
Go Back