The Premise of Roe v Wade is Now an Unconstitutional Farce | Eastern North Carolina Now | The United States of America has edged closer and closer to the Leftist maxim of "Abortion on Demand" whenever it is demanded, by whomever demands it, but now that ease of operation to alleviate oneself of that nagging little problem has come to a screeching halt.

The Premise of Roe v Wade is Now an Unconstitutional Farce

Login to Send a Private Message to Stan Deatherage
On June 24, 2022, a majority of justices on the Supreme Court, by a margin of 5 to 4, moved to end federal codes overseeing Abortion, thereby leaving it to the 50 united states to legislate what is best for their citizenry.

The United States of America has edged closer and closer to the Leftist maxim of "Abortion on Demand" whenever it is demanded, by whomever demands it, but now that ease of operation to alleviate oneself of that nagging little problem has come to a screeching halt. After today, if one desires an abortion in this Constitutional Republic, one will be forced to do so in accordance with the state laws of whichever state they reside, and if any individual discovers they cannot do so locally in accordance with the exact manner as they wish to do so - "On Demand" - that individual may be forced to go to another neighboring state that does allow for that style of abortion as is so desired. 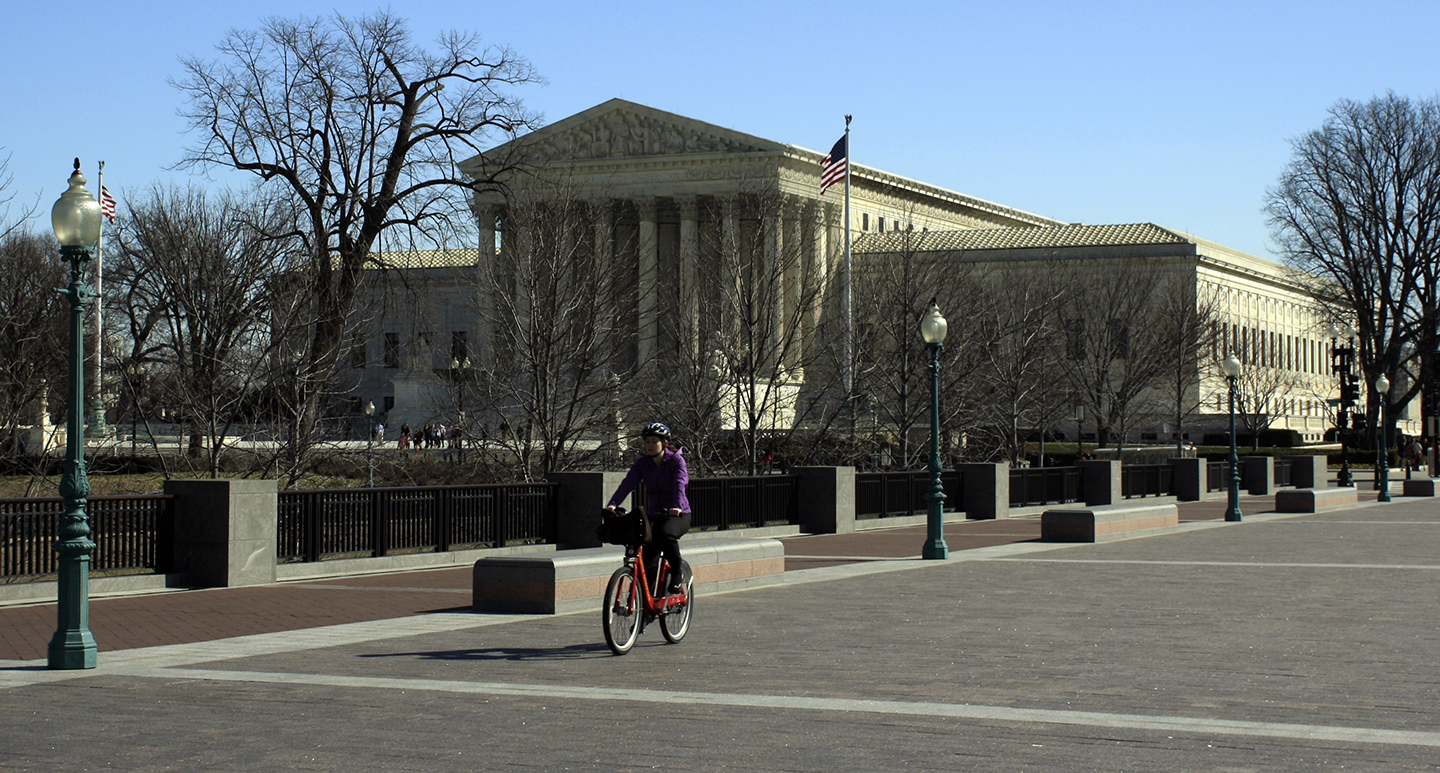 The US Supreme Court, from afar, in quieter times in early 2012: Above.     photo by Stan Deatherage     Click image to expand.

No longer does the Abortion On Demand Coalition have a friendly supreme court extolling the rights granted by the 14th Amendment as the "constitutional protection" for modern American citizen to simply end the life of one to grant the flexible privilege of another - the Unborn. Oh the angst of having to be responsible for one's own decisions; Oh, the trouble of no longer having a thriving Planned Parenthood grift at one's beck and call in every state of the union; Oh, the gnashing of so many perfect teeth, but good news is at hand.

There is a near permanent fix for those of an egregiously imperfect understanding of the United States Constitution, where the tortured application of the 14th Amendment that was used to breath life, for lack of a better word, into Roe v Wade, and remarkably, became the imprecise fall-guy for the abject misnomer that Abortion on Demand was ever a real "Constitutional Right;" shown here below in its full constitutional splendor for all who might care.

That sure fire fix is this: Simply, amend the United States Constitution to specifically allow "Abortion on Demand" whenever it is demanded, by whomever demands it; pass it through congress, then pass it through enough state legislatures, and then you got yourself a real legal way to pursue your specific, and uniquely individualized "pursuit of happiness." Now, "go get 'em Tiger" ... and buckle up. It will be a very bumpy ride.

Representatives shall be apportioned among the several states according to their respective numbers, counting the whole number of persons in each state, excluding Indians not taxed. But when the right to vote at any election for the choice of electors for President and Vice President of the United States, Representatives in Congress, the executive and judicial officers of a state, or the members of the legislature thereof, is denied to any of the male inhabitants of such state, being twenty-one years of age, and citizens of the United States, or in any way abridged, except for participation in rebellion, or other crime, the basis of representation therein shall be reduced in the proportion which the number of such male citizens shall bear to the whole number of male citizens twenty-one years of age in such state.

No person shall be a Senator or Representative in Congress, or elector of President and Vice President, or hold any office, civil or military, under the United States, or under any state, who, having previously taken an oath, as a member of Congress, or as an officer of the United States, or as a member of any state legislature, or as an executive or judicial officer of any state, to support the Constitution of the United States, shall have engaged in insurrection or rebellion against the same, or given aid or comfort to the enemies thereof. But Congress may by a vote of two-thirds of each House, remove such disability.

The Congress shall have power to enforce, by appropriate legislation, the provisions of this article.