Who Got to Dority? | Eastern North Carolina Now

Who Got to Dority?

Login to Send a Private Message to Fern Shubert
Publisher's note: This cogent piece from former NC Senator Fern Shubert explains her position on the abject craziness that the Republican nomination for the NC State Auditor has devolved into.

If the leaders of the Republican Party took the same approach to the AG race that they took in the race for State Auditor, I understand why Roy Cooper is unopposed. The first official reaction to my filing to run for State Auditor was a phone call from a Republican party officer, acting on a request from "someone farther up the political food chain," asking me to drop out of that race.

Why would anyone in the leadership of the NC Republican Party want the Auditor candidate with the best chance to win in the fall to drop out? I'm sure those responsible, when identified, will claim they acted for the good of the party, but after the party's failure to field an opponent for Roy Cooper, that just doesn't wash. Had I dropped out, that would have left three people in the race, two non-CPAs and a CPA who had help hiding his ties to Larry Leake and Roy Cooper. (And that's another much bigger story.)

There was, of course, a carrot. I could run for Treasurer and they would get the only announced candidate in that race to drop out, since he didn't really want to run, and I would have a "free ride" through the primary and the help of the party in November. That conversation is why I had no trouble believing Greg Dority's claim that he was running for Auditor because he was asked to drop out of the race for Secretary of State and encouraged to run for Auditor.

Perhaps I should not have 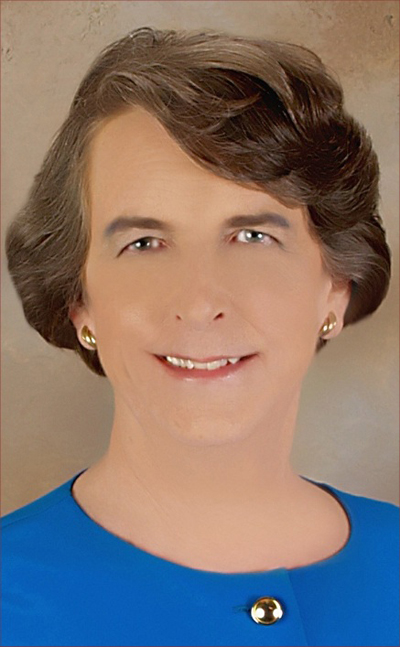 NC Senator Fern Shubert
endorsed anyone in the expected runoff for State Auditor, but there were only three possibilities for Auditor for the next four years when Greg Dority asked for my endorsement. I certainly didn't intend to endorse the incumbent Democrat. Goldman (and some of her supporters) had convinced me she did not need to be auditor. Dority had at least done a little auditing and obviously had strong support from those who knew him best, the people in his area, plus he sounded sincere when he talked about his desire to clean up state government.

When Dority asked for my endorsement, he was enthusiastic about running against Goldman. When I spoke to him last night, he said he was leaning against it because he wasn't confident he could win. I told him that if he didn't file for a runoff, there was a 100% chance Goldman or Woods would be our next auditor and asked who got to him since he had previously been so opposed to either possibility.

He denied any pressure or promises and said unnamed consultants advised he should not run if he didn't have X dollars, but he would not give their names or state an amount. He said he had been trying to raise money and was going to keep trying to raise the money needed to win right up to the deadline for filing a runoff request, but he was not believable. He never asked for money or asked me to help him raise money. Given the complete change in attitude since his original request for an endorsement, something had obviously happened. Influential people had obviously found a way to influence him.

After reading the interview he gave the Washington Daily News yesterday afternoon, I have no doubt something happened since I now know for a fact he was lying to me last night. I told him last night, if he wasn't serious about running for auditor, he should never have gotten in the race in the first place and if he refuses to file for a runoff, he needs to get out of politics and stay out.

And why do I so strongly believe someone got to Greg Dority, despite his song and dance about raising money and helping the party? Because what he says now is completely at odds with what he said prior to my endorsement, and because the very day I filed to run for Auditor, I was asked to drop out of the Auditor race. Since Dority did his about face when Goldman and Woods were the only other options, I have to think those who wanted me out of the race wanted one of them to be the next Auditor and I sure do wonder why.

But make no mistake, taking orders from on high and ignoring those who supported him actually enhances Dority's electability as Arthur Williams so amazingly demonstrates. Unless Dority has a belated attack of conscience or is driven from the party by those who don't tolerate dishonesty (or those happy to encourage it if they can hide their hand), he will remain and continue to work with those who can apparently tell him when to run and when not to run. I made the mistake of trusting him. I'm writing this not just to explain my error, but to warn others.

Once upon a time, supporting Republicans in NC was akin to supporting honesty. The Democrats had a monopoly on power at the state level, so there wasn't enough money in Republican politics to make corruption profitable. Now, people need to forget Democrat and Republican and look for the Greenback Party label. It is usually hidden, but you can spot it if you watch for personal dishonesty and a willingness to hide facts for the benefit of the Powers that Be.
Go Back